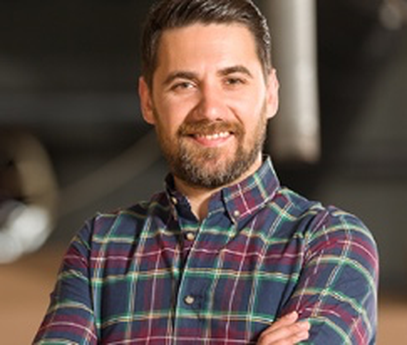 Part 1: Everything You Need to Know About Renovating Your Basement

With real estate prices climbing steadily in many markets across the country, Canadian homeowners and homebuyers are looking for ways to add value or much-needed living space to their homes. A steady diet of home reno shows has created a booming home renovation industry, and to many Canadians the opportunity to renovate can be one of the most exciting aspects of owning a home.

Enter the basement. Though not the prettiest space in most homes, basements offer the easiest way to expand your living space. It’s right there, just waiting to be finished as an entertainment area, an in-law suite, a home gym, or even a separate apartment.

Though a basement renovation may seem like a no-brainer to many, it’s important that amateur and experienced renovators alike develop a solid understanding of their basement, and build a plan that ensures the effort and investments they ‘sink’ into their projects will be protected.

In this five-part series, we’re going to give those of you thinking about a basement renovation a great tutorial to get you up and running … and hammering.

So you’ve been bitten by the renovation bug and are looking to your basement to add living space or additional value to your home. The first step to planning and executing a successful basement renovation project is understanding what you’re working with – what a basement is and what it does. So let’s start there.

A basement is a type of foundation built at least partially into the ground. It has sturdy walls on all sides, a solid floor (called a ‘slab’), and enough headroom between the floor and the ceiling for the average person to stand upright and walk around.

Your basement is the silent workhorse of your house. It serves tirelessly to support the structure and contents of your home, keeping everything level while holding back the forces of soil and water pressing against it. Imagine if Atlas, the mythological titan who holds the world on his shoulders, was buried up to his neck in sand and had to keep everything nice and dry during a rainstorm. That’s your basement.

When deciding whether a basement is suitable for finishing, your first area of concern should be the foundation walls. What are they made of? Are they holding the structure steady and level? Do they show signs of deterioration? Do they have a history of letting water just waltz right in – or might they in the future?

You’ll want to answer all these questions as a first order of business. Most basements were not designed primarily as living spaces, and by finishing a basement you make any current and future problems more… well, problematic.

You will be spending lots of money to permanently finish the interior of your foundation walls, which inevitably conceals them. If a problem with water or structure does develop down the road, you’re going to have to access those walls somehow, either by tearing out the finishings or excavating outside. Both options are costly.

As is often the case in life, an ounce of prevention is worth a pound of cure. Maybe more than that in this case. Maybe ten pounds.

The first step to understanding your basement is identifying what kind of material it’s made of and what strengths and weaknesses each material has when it comes to keeping your home safe and dry. Here are the three foundation materials you are most likely to encounter in a basement renovation:

Natural stone has been used as a foundation material throughout human history. It is strong and capable of withstanding great compressive force without deteriorating, while also being easy to break, reshape and transport.

Modern homes are no longer built with stone basements. But until at least the 1950s, natural stone remained a popular choice for Canadian foundations. Particularly in larger, older markets like Toronto and Ottawa, eager homebuyers may come across more than a few stone foundations while shopping.

Unfortunately, despite their strength and history, stone basements pose a number of problems for renovators. Rather than deflecting water away from the foundation, stone walls tend to absorb it like a sponge. Though this may prevent liquid water from actively leaking into the basement, it creates a humid environment, leaving basement finishes vulnerable to molding and rotting, and living spaces smelling something like a medieval castle.

While not impossible to finish, renovators should be extremely prudent and hire professional help when considering the renovation of a stone basement.

Cinder block (sometimes simply called “block”) foundations are very common in Canadian homes, particularly in those built in the 1970s or earlier. Fewer new homes are built with them these days, but the method is still popular with some builders and for certain applications, such as remote building sites or to hold up unusually heavy structures.

Block foundations are assembled on-site by bricklayers. They’re built much like Lego, stacked atop one another in a staggered but symmetrical pattern and often reinforced with steel. The bricks are secured in place with mortar which creates seams or ‘joints.’

They are more resilient to vertical pressure than other modern foundations, meaning they’re less susceptible to problems caused by the weight of the structure overhead. But they’re weaker when it comes to lateral forces – forces acting from the side – and can be costly to repair if they buckle.

Renovators planning to finish a block foundation should pay special attention to the joints between cinder blocks. Mortar breaks down over time and may eventually become saturated with groundwater, creating dampness and eventually leading to outright leaks. The joints will also reveal any weakening in the wall’s structure in the form of cracks running between successive blocks.

Block foundations are suitable for finished basements, though extra care should be taken to ensure proper waterproofing and structural integrity.

The biggest drawback of poured concrete comes during construction. Concrete is poured on-site into the desired form and reinforced by steel. The semi-fluid mixture is then left to dry or ‘cure.’ This is the tricky part. If done carelessly, air pockets and other imperfections can develop in the walls as they harden which will leave the structure vulnerable in the future. But when this work is performed correctly and under the careful watch of an expert, the resulting foundation walls provide an ideal space for the new or future homeowner to finish.

Let’s not get ahead of ourselves, though – a poured concrete basement is by no means a risk-free option. As with other foundation types, poured concrete is still vulnerable to water infiltration, particularly along cracks which can form early in the foundation’s life, or gradually over the years as standing water and the Canadian freeze-thaw cycle create new imperfections in the wall. And while cracks and fractures can be repaired, it’s important to remember that in a finished basement the foundation walls are obscured. If a problem develops, just identifying it may mean tearing out some finishings.

Still, a poured concrete foundation is the safest starting point for a renovated basement.

How to Pick a Great Contractor

It is key to invest in the right person for the job as they will spend plenty of time in your home and will be working on your dime.

The housing market nowadays is stocked full of homes waiting to be bought up. So how do you make yours stand out from the rest? Why make any changes to the house when you’re just going to sell it and move on to your next home? Sometimes, it’s necessary to do some renovations on your house in order to sell it, hopefully with a better price tag attached to it. Certain renovations can increase the value of your home, allow you to appropriately price your home at a higher value on the market. You may need to fix and update some appliances, or maybe you just need a fresh coat of paint to brighten up the room. By knowing your market and what people are looking for, you can make your home appeal to the potential buyers and make it move in ready for the next family who gets to enjoy it.

The Best Shelving For Your Project

Shelving can be a pertinent tool in keeping your home clean and organized. It can also be used to improve and enhance the aesthetic of your home. Nowadays, shelving is common in many rooms for both function and design. There are many different types and styles of shelving to choose from. Use this list to help you decide which shelving is best suited to your needs.

Select your store to make a payment.

Which Unit Size Is Right For You?